Think I will go for something possitive here - Handball is just a great sport!
Top

I can not go today in Gyor for handball. I can send an e-ticket free. need someone?
Top

Russia vs Poland - a new Russia is quite good, 1p for Main Round, won't be enough for Budapest.
Hungary vs Spain - I hope for guerreras to win. Sandy and Carmen are amazing.

Romania vs Ukraine - even match, as Ukraine will do their best, but... Romania in MR.
Norway vs Denmark - hope for this miracle, but with Danish defense it'll damn easy for Norway.
Sweden vs Germany - fight for MR points, a draw would be perfect!
Croatia vs Netherlands - Dutch girls with 3p in MR, they'll play with 2nd team probably.
Montenegro vs France - Both teams in good form, semifinal candidates. But I hope for MNE.
Serbia vs Slovakia - it can go both ways...

Russia vs Poland: 25:25; A very motivated polish team will play. I still think that it won’t be enough for them.
Hungary vs Spain: 27 -25; Hope that we beat them again, just like usually in the last couple of years
Romania vs Ukraine: 26-24: Yes, Romania is definitely better
Norway vs Denmark: 25:21. This Norvegian team is better than I thought before
Sweden vs Germany: 22:24: IT’s tipically a situation, when Germans win. Especially with Susie
Croatia vs Netherlands: 31:29: Home win in a game which doesn’t matter
Montenegro vs France: 17:20 Don’t know exactly. I simply don’t like the way, Montenegro plays. So I more hope, that France could stop them.
Serbia vs Slovakia: 25:20. I wish Serbia to show how they can play this game
Top

Note that Norway has lost Grimsbø in goal du to injury. Young Silje Solberg who is now number 1 was extremely nervous against Ukraine and hardly made a good save in the first half.

Note that you missed a game

wth is trefilov doing in the national team?

No matter we have no points in the 2nd group phase - I'm just very happy now, especially if previous game by Poland were so bad.

It wasn't a great handball (many mistakes and turnovers), but the game was very exciting.The girls showed real team spirit and in some moments their remineded me this team from last WCh. will Tadici be the last standing mohican?

he will tell anyone that he showed us.

Silje Solberg was living in the shadows of Grimsbø and Lunde, and never really got a chance to show her quality on the NT. Now she is our number one GK by coincidence, and she showed what she is good for. Absolute top notch 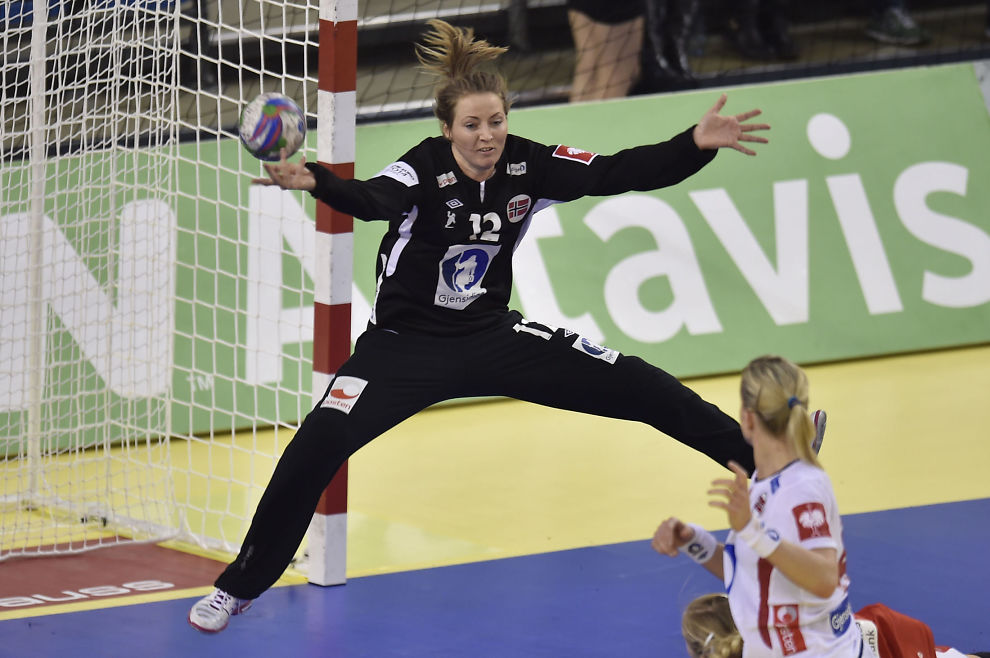 I must admit I was wondering if Hergeirsson was a complete idiot not using our long range shooters Maja Jakobsen and Bettina Riegeluth when we clearly suffered shooters from the back, and we are now talking about the best shooters in the Norwegian league (statistics). It turned out they were hidden for this crucial match against Denmark. Bravo, Hergeirsson, you are a tactical genius, and Pytlick had no answer

First half was a nightmare. So many TF it seemed impossible to win this match at all, without any shots at goal... Nora Mørk was overheated and almost cost us the match, but she was not alone either...

Second half and everything was back to normal, thank God. Danes shot Solberg good, and shots got even weaker instead of stronger, and it got clear it was business as usual against the Danes in Championships; -They don't have the mental strength when it matters. Sorry, but you must be used to it by now

Heid Løke top scorer with 7 goals, but seriously it was a team effort. Thanks for one helluva match

Full pot, and looking forward for the next matches

Silje Solberg was living in the shadows of Grimsbø and Lunde, and never really got a chance to show her quality on the NT. Now she is our number one GK by coincidence, and she showed what she is good for. Absolute top notch

I was so wrong (again) about Silje. I know she is good but doubted she could handle the pressure. I start to wonder if it is the team who make the others look ordinary or they face just ordinary teams. The defense and Solberg has been huge surprises. And yes, I would love to see more from the Storhamar-players too

What a great match our 'guerreras' played yesterday against Hungary! Sincerely the team is getting on since the first match and getting their 2012 level back. Even bearing Bonaventura's refeereing biased on host side mainly in 2 minutes suspensions.

With Carmela at her best all is possible. Vamos chicas!
Top

Thank you girls! Thank you!

Now I think I will manage to sleep. What a match, what a transformation.

I didn't believe in gold before this tournament, even a medal seemed a bit much, but now everything is possible.

Spain looks super strong and Carmen Martin is doing something out of this world atm. It's going to be hard, and Spain always makes me think about the match in 2003 which cost us the Olympics.

I hope the progess continues!
Top

Mr. 007 wrote:
Danes shot Solberg good, and shots got even weaker instead of stronger, and it got clear it was business as usual against the Danes in Championships; -They don't have the mental strength when it matters. Sorry, but you must be used to it by now

What makes you think people ever get used to it???

Agree about the mental strength (against Norway) and bad shoting though...
Top

Norway and Spain are damn impressive so far. I have yet to see Montenegro, but I guess these teams will be 3 of the semi-finalists. There will be a bit of pressure on Spain, if they lose to Norway and especially if Romania wins against Hungary (quite improbable, as it looks for the moment), but all in all I expect Spain to manage it.

I have also enjoyed watching Sweden and the Netherlands and I hope for one of them (maybe the Oranje) to be the fourth semifinalist.
Top

Well, got time to read some news today, and I'm surprised DK papers called our 1990 generation for the A team

If it was for the 90 generation, we would have lost against Denmark for sure. It was the experienced players, Løke, Riegelhuth x2, Alstad and Breivang (except Silje Solberg who is a 90) that buried Denmark 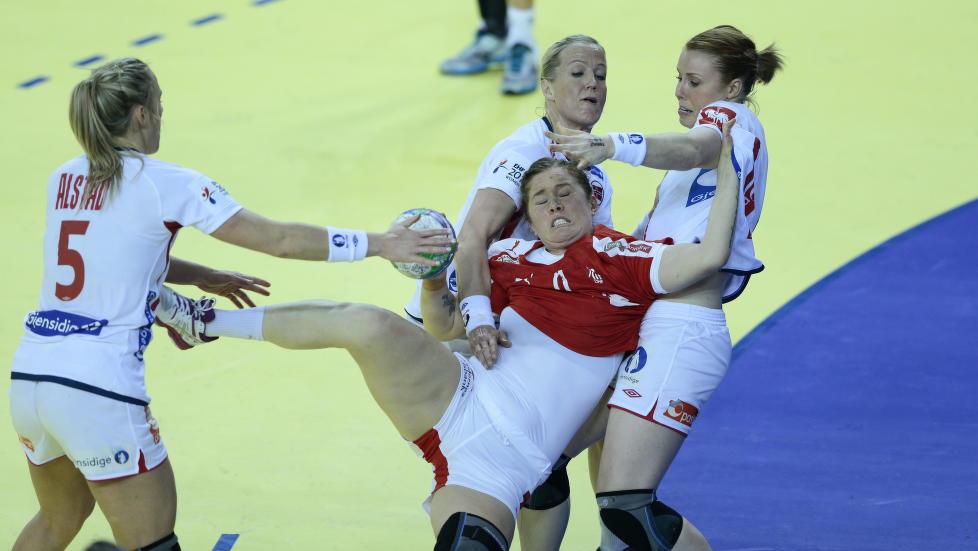 Also DK papers didn't have a clue of what changed this match at all. They were talking about Toft being changed after a saving rate of 40% as decisive, but in fact it was Maja and Bettina artillery, forcing changes in DK defense, giving more space for Løke and others, and u can't really do that with a player as Løke.

They didn't even understand that Hergeirssson had hidden this move from them at golden league, as a tactical stroke of genius; -He used the training matches to give Pytlick ideas of a strategy how to beat Norway. Pytlick swallowed the bait in full, and so did DK media

I am so impressed by Karo btw. It was here 300 match at NT, and when the going gets tough, u really need experienced players that have been there so many times before. And Karo has, keeping the cool that 90's don't have, and steering the game with such authority, we could start to breath again, after getting heart attacks from the 90 generation in action when they ruled the court alone 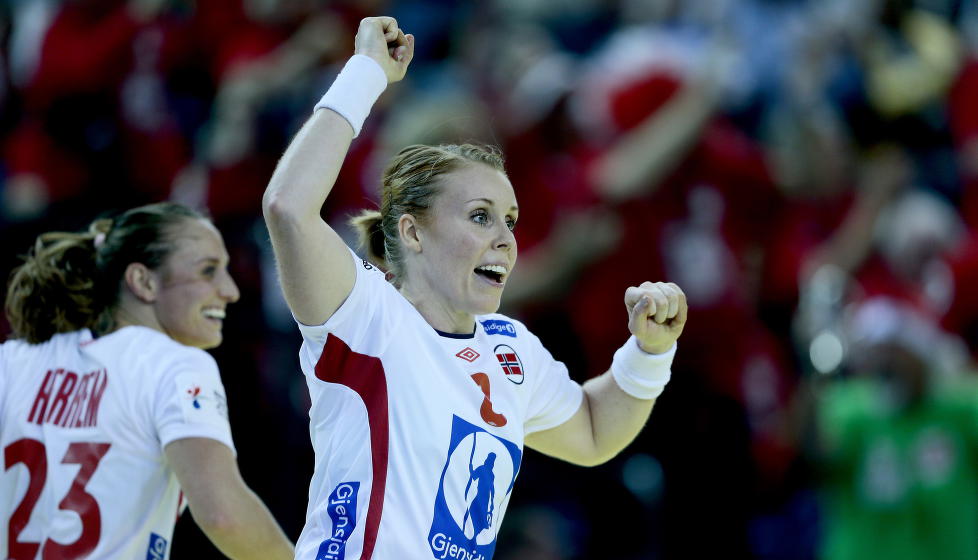 Also makes you put into perspective Romania's results. Maybe the difficult way in which they won yesterday wasn't just them not being at their best. Credits to Ukraine and all underdog teams.
Top

What happened to Montenegro in the second half? I didn't get the chance to see the match and most likely won't see the recording. A quick summary of someone who has will be much appreciated! Thanks!
Top

mikh wrote:What happened to Montenegro in the second half? I didn't get the chance to see the match and most likely won't see the recording. A quick summary of someone who has will be much appreciated! Thanks!

It was pretty even, until Milena Knezevic got injured. That tipped the balance. Short version

Users browsing this forum: No registered users and 5 guests