Kiddo wrote:Agree Raven, I do think it would be a huge difference having three extra players, even 4 with Johansen LP. Players would be able to rest for a minute or two. As Kurtovic was injured kind of paralysed the entire right hand side. I do believe the score would have been different and much closer if these especially 3 players were on the court. Kurtovic is top scorer, just having her on the court would be an extra 6-8 goals. However, it´s not the case, congrats to Buducnost!

Honestly I`m happy Hasanic signed with Storhamar, she looked like a clown all yesterday... She´s good, but not CL level. Tine Stange however had a fantastic day. She will get hell of a lot more responsibility in the coming matches and years. Will be interesting to see if she can adjust that shot of hers and increase her shot efficiency. Fingers crossed for Rundbråten!

I'm more than sure that with Kurtovic, Toft, Mork in the team, Larvik will look better. The game was just a friendly one for Buducnost. No changes for Larvik, no time rest, no GK, no top scorer (Kurtovic). You just smply can't win a game in QF's champions league with a "half-of-team". I hope that in the second game, at least to have a normal score. And of course, I hope that Amanda and the others are fine. I will cheer for a honorable ending of Larvik in CL.

To Dydiana : your last rows about Cvijc and Bella is a reflection on moral limits in sport told in subtlety and finesse manner...

Will always support LHK no matter what, and thanks for the kind words

I doubt we win norwegian league next year, but it will be exciting at least, although we need a decent gk to have any chance. Rantala is an excellent gk trainer, so lets hope she get a good talent to work with

PS! John is a handball expert...knows more about handball than the rest of us, no need to question that, but biased ofc like all others

I had a feeling it would be rather short

Larvik is definitely shaping up as Guro Rundbråthen just signed a contract with them. I think with Rantala as a coach, she can surpass the level of Hasanic. Will be exciting to see if they find a second right back. Hoping for Maren Roll Lied from Tertnes.
Top

Chapeau for Breivang and for her great career!
It would have been great for Larvik if she would have played one more year, just to help the newcomers who are young or very young, if I well remember.
Anyway, Larvik tradition will go on, I'm sure they know how to raise them even without the Edins or Breivang.
Live long and prosper.
Top

According to the article in OP, Tor Oddvar Moen mentioned they will have the signature of 2-3 new players. At least one back to replace Breivang and one LP. Inanother forum, some mentioned Moa Høgdahl might be in dialogue with LArvik, as the players in Byåsen has problems with her father being the coach. Maria Hjertner left Byåsen after being second and third to Moa and Waade. However I think the two of them can push each other evenly. Will be an interesting week for Larvik.
Top

Mathilde Rivas Toft signed for LArvik HK. Like Hjertner she is a RB, both played together at the NT96.
Top

Geir Oustorp just signed as assistant coach to Moen in Larvik HK, replacing Tonje Larsen. That is a pretty strong team I have to say. Will be interesting to see how Larvik will cope internationally. Fingers crossed!
Top

Local girl Tonje Berglie sign a contract with Larvik (LW). Used to play for Aker. Any clue what kind of skills she has. Never heard of her before.
Top

She is 24 years and you never heard of ?
Top

LArvik won their first match of the season against Stabæk 32 - 15. However, I have no clue who played for Stabæk yesterday.


can someone see the full article?
Top

They lost the first match this season.

They do have potential, but I don't think this season will be anything but a learning process.
Not a good first impression for me. I hope that they will qualify for some European cup next season.
Top

Hmmm...LHK missed 5 penalties as well...and scored only on 50% of the shots...it's impossible to win a match then...but shocking never the less.
Top

Larvik back in business, and Linka scored 16 goals 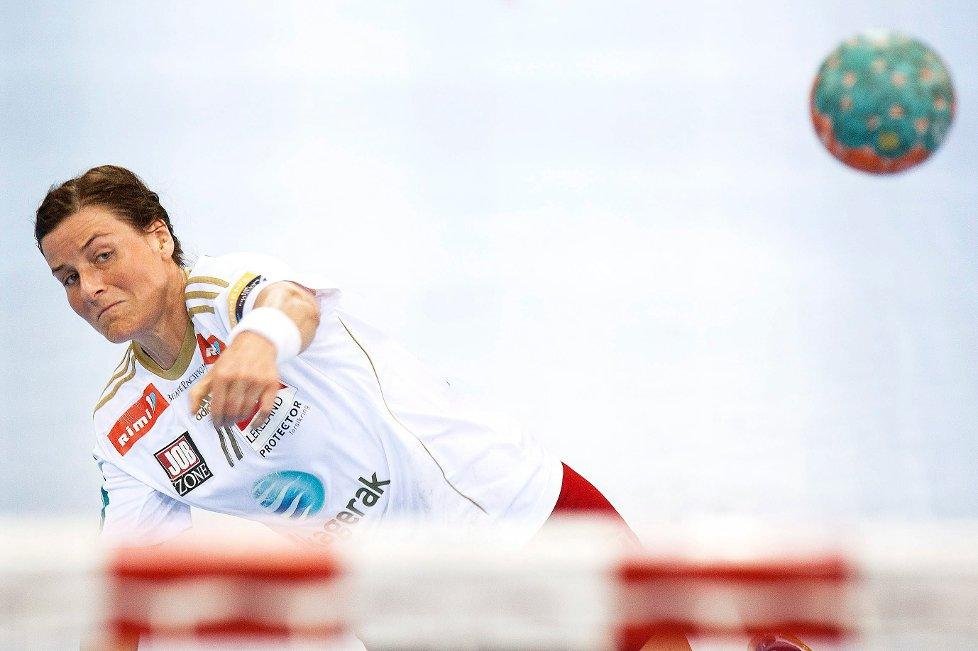 Tonje Berglie is a newcomer replacing Thea Mørk who is injured atm, but got injured too...really bad. Looks like we are going into the CL with a fresh recruit player Marie Duvholt Kaspersen at the left wing... Still, the nerves from the opening match was gone, and although Gjerpen started best with a 4-3 lead after 5 minutes, Larvik answered with 4-9 after 11 minutes, and never looked back, and half time became 11-18

Looking good I guess, but the injuries is a dark cloud LHK will suffer for especially in the CL...
Top

Great game, I think they will improve over the season, and be a contender for next years championship. They might manage MR in CL this year, Linka is amazing...
Top

Kiddo wrote:Great game, I think they will improve over the season, and be a contender for next years championship. They might manage MR in CL this year, Linka is amazing...

I'm not so sure they will make it to the Main round actually. If so they need to be 100% against Thüringer. Vardar is way too strong and FTC have a very solid team. Vipers on the other hand, should easily go to MR.
Top

Larvik won against Byåsen 24-31 today. Mari Finstad Bergum was the huge surprise, young only 19. Competing with Stange, Christensen and Tollbring... This team needs a year to adjust, but thereafter they will be a contender. Hjertner with more playing time shoots from 12 metres, promising and aspiring. Being 3rd after Waade (amazing) and Høgdal (daughter og the byåsen coach, and the daughter og one of the most amazing players in history, now the assistant coach of norway nt) Maria Finally can develop to the world class player she is.
Top

I can probably eat my heart out at the end of the season, but Vipers loss to Tertnes yesterday proves they are not able to meet the expected performance as they want to. Self-proclaimed favourites... The Norwegian league is more open than ever. However Larvik will be better and better, average age is 23... Coaches Moen and Oustourp are among the best in the country. See what Oustorp did with Malm-Frafjord, Snorroeggen, Alstad, Grimsbøe and more. Larvik have shown that there are great possibilities already this year. Will be losses, hopefully they reach qualification for CL next year. I think Vipers will win this year, even though they will struggle with CL that will affect their national league matches.
Top

Can´t believe Larvik beat Thüringer, feel it´s one year too early according to their progression! Emilie Christensen is outstanding for this new team. Anyone think they can win against FTC?