Gojira wrote:This reminds me: why is Pontoppidan not in the NT? Injured, out of form or just KBJ?

Unfortunately she is not at the level of playing for the NT. She is not good enough for that at this point.

Gojira wrote:This reminds me: why is Pontoppidan not in the NT? Injured, out of form or just KBJ?

Unfortunately she is not at the level of playing for the NT. She is not good enough for that at this point.

Aha. Anyway, good luck to her, I'd like to see her in the NT soon.
Top

She is almost certainly the player in the Danish League that has the most 2 minute suspensions committed on her. Opposing players hate playing against her because her center of gravity is so low that if you initiate contact with her, you are probably hitting her head. 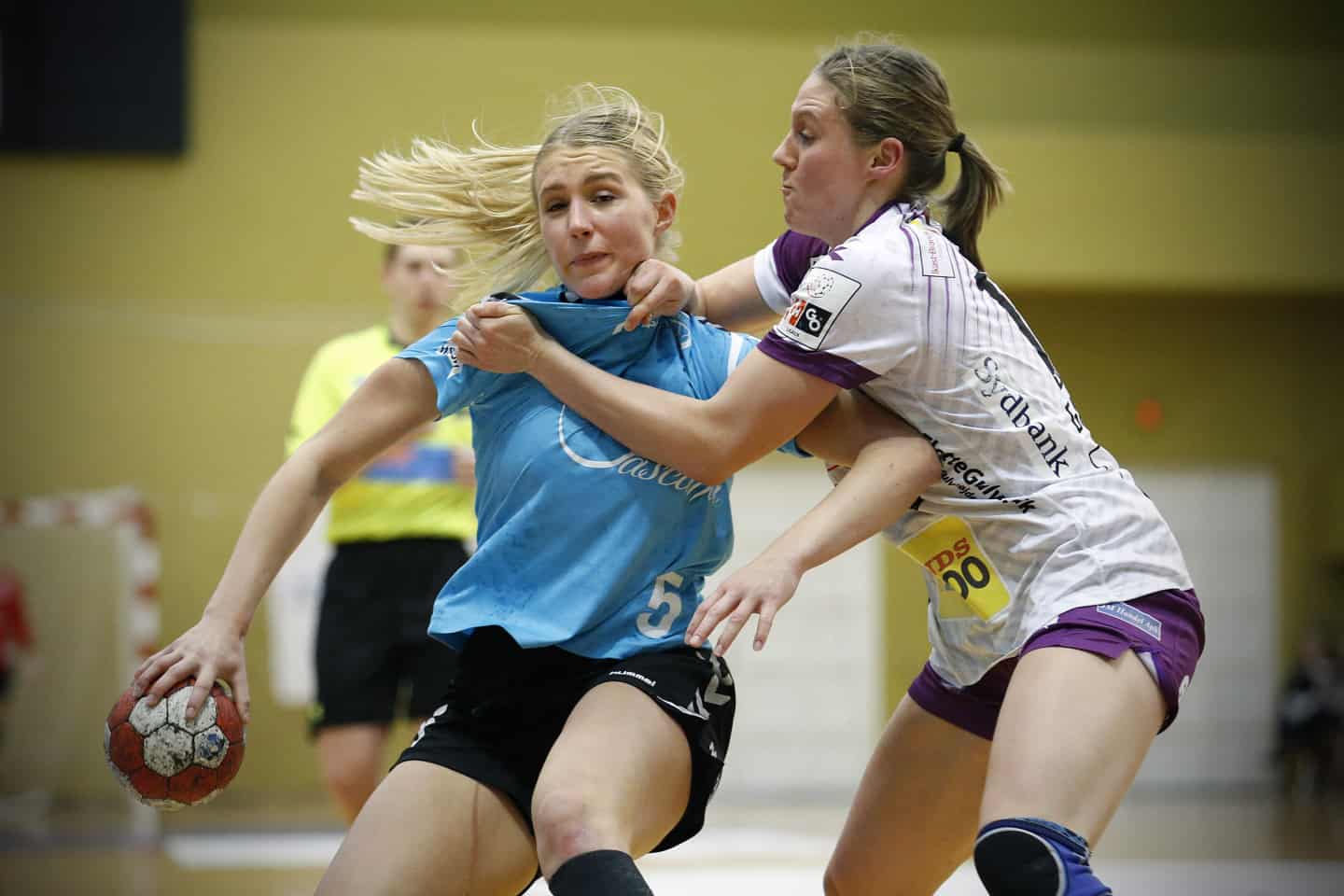 If things shake up in a way we don't want it to and Elver doesn't extend her contract in Aarhus, then I think there is a almost perfect replacement in Camilla Pytlick.

She has the same knack for playing the assist, putting pressure on the defense and making the right pass. She does tend to play with way to much risk leading to turnover but if she was a finish product, she would not be a possible target for Aarhus. They do many of the same things in attack, and I think putting Pytlick in the right situation, playing the handball Heine wants to play, she could flourish.

Rumblings of Lene Østergaard would also be fantastic. Having central defenders like Flader, Østergaard, Aamand would certainly be a dream and Østergaard could also get a chance to work on her attacking attributes.
Top

Nice and surprising game yesterday between Odense and Viborg.
The Danish snobs don't want people from abroad to watch their games, but they can't stop me, I signed for an iptv service and I'll watch their games if they want it or not

I have recorded the last 16 minutes of Odense - Viborg and uploaded it to zippyshare, so if someone wants to watch it:
https://www110.zippyshare.com/v/dKp0GCHS/file.html (the real download button is at the top right corner, just press it few times and close the advertisements until the download begins).
Top

I just want to highlight some of the lesser known talents, we have in Denmark right now, who are dominating in the youth. Ellebæk is the most shining example of a player who crushed it in the youth leagues but never got the national attention and didn't get selected for the youth teams most of the time.

Sarah Neess, Randers
- In a supremely talented Randers-team with Lea Gylløve, Frida Møller, Ida Callisen etc, it's their playmaker, Sarah Neess, who stands out the most. Neess has an fantastic ability to put pressure on defenses. That combined with her great shot-selection and her knack for beating defenders 1v1, makes her one hell of a youth player. She has dismantled several teams and has more matches with 10+ goals than you can count on one hand this season.

Frida Svingholm, HIH
- Frida Svingholm is the one who carries the HIH-defense and is also able to score at will in the other end. She is just a natural in the position and able to carry herself with ease. Has great movement and great understanding for the game which elevates her game beyond her years. She will probably be one of those that will never really get the chance on the youth NT, but HIH would be wise to integrate at some point and I think they will. For HIH it could also be Mathilde Rømer, who is one of the best keepers in her generation. She should get a some u17-NT looks.

Caroline Højer, Viborg
- Mentioned her in the chat. Wonderful player who has shades of being absolute dominant on the court. She is getting some time on the bench for Viborg, so they are slowly looking for integrate her on the first team but until then she is going to be a great asset to the u19-team. She is always a threat in the backcourt.

Louise Christensen, Strandby Elling
- Has been on the youth NT several times and has performed well but it's for Strandby Elling she shows her fantastic leadership and ability to control matches. A very decent defender who just has a talent for scoring goals. She is developing at a rapid pace and it will be interesting to see which League team will get the scoop and get her into their team.
Top

Recording of Viborg - Copenhagen. It's in 5 separate videos, because I'm still not experienced in recording and uploading.